Our work to protect the environment 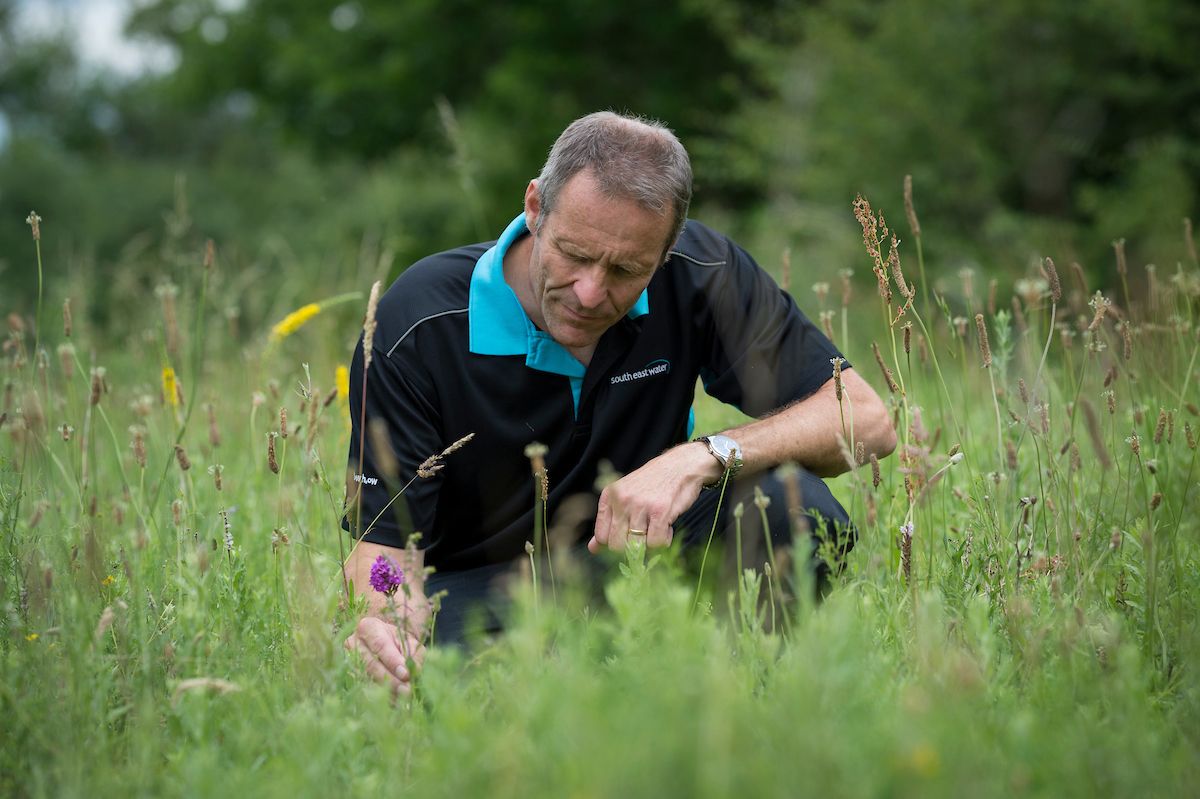 We often think of ourselves as a guardian of the environment; all our day-to-day operations support its protection and conservation.

A healthy, vibrant environment where nature can flourish is essential to protecting our valuable water resources. Keeping water clean and fresh at source means we have to do less in the water treatment process to make it safe to use.

Before any major water supply scheme begins, specialist ecologists carry out an environmental assessment to ensure the environment is protected at every stage. And where there is an impact on the environment, we carry out restoration work or create new habitats to encourage native species back to the affected area.

We work with others to achieve our environmental goals, including the British Trust for Conservation Volunteers, Natural England, local wildlife and rivers trusts, AONB units and National Park authorities.

For the 2020-2025 Business Plan period, we will continue our work to protect and enhance the natural environment for the benefit of future generations.

In particular, we will:

We'll also continue to maintain the ecological health of the projects listed below, which we carried out during the 2015 to 2020 Business Plan period.

Continually working to maintain these environments is crucial to support the increase in biodiversity brought about by the changes and so that they do not return to their former state.

South East Water had the only dedicated comprehensive biodiversity enhancement programme in the PR14 Water Industry National Environment Programme and has achieved fantastic results in its first five years.

Particular highlights are the identification of a new mammal record for Hampshire (althacoe bat) and helping save a species on the brink of extinction (wart-biter bush cricket) as well as all the habitat enhancements and recreations.

It isn't just the outcomes, it is the entire culture engendered in the whole organisation of truly striving to help wildlife thrive in everything the company does.

I am extremely optimistic for the future of the wildlife on South East Water's land despite all the challenges the future holds in our changing climate.

Find out more below about the 10 biodiversity pilot projects we're working on to protect our natural environment through the Water Industry National Environment Programme (WINEP).

Between 2015 and 2018, we worked alongside Buglife, Natural England and the Zoological Society of London to release 233 of the extremely rare wart-biter bush crickets on land we own in Wilmington Downs SSSI, East Sussex.

These crickets were previously only found at five sites in the UK after becoming extinct from our Deep Dean site in the 1980s, as the high-quality chalk grassland they need to thrive was taken over by scrub over several decades.

Before we could release the crickets, the scrub needed to be removed to allow the native chalk grassland to regrow - we began this process in 1997 and work continues to manage the habitat and monitor the cricket population to this day.

We restored valuable chalk grassland to land surrounding one of our water treatment works within the South Downs National Park. By reducing the amount of the site covered by scrub from 75% to 25%, and allowing wildflowers to regrow, butterfly numbers have almost doubled and the area has been identified as a Key Reptile Site, with slow worms, common lizards and grass snakes being found during surveys.

Changing the way the grass within our water treatment works site and an adjacent field is cut led to 23 species of wildflowers being recorded in 2019. By the end of the project there was almost a 200% increase in the total number of butterflies recorded, including the Priority Species white-letter hairstreak butterfly.

We reduced the amount of the invasive Himalayan Balsam plant growing along a stream while a specialist contractor restored a hedge to its former glory to create a suitable habitat for protected species such as dormice. By managing the grassland to create butterfly-friendly wildflowers, both the total number of butterflies and individual species increased. In particular, we found brown hairstreak butterflies which haven't been found at any other pilot project site.

In another project to improve the condition of chalk grassland within the South Downs National Park, we changed the grass cutting regime to create an abundance of wildflower species. Although nationally, small heath butterflies have declined by 57% since the 1970s, our butterfly surveys showed an increase at this site over the course of the project.

At this site, which is adjacent to Woolmer Forest SSSI and the Wealden Heaths Phase II Special Protection Area, we opened up pockets of woodland and removed bracken to allow the natural heathland and grass to regrow. Reptile surveys in 2017 and 2019 found slow-worms, grass snakes and common lizards, the area a Key Reptile Site. A Priority Species silver-studded blue butterfly was found during our surveys, just outside the site boundary.

This 10 acre site contains several Priority Habitats and includes one of the very few chalk fens in East Sussex. We worked with Sussex Wildlife Trust and a local farmer to introduce cattle and sheep to the marsh to control the spread of Himalayan Balsam and improve the range of invertebrates and birds on the site. We also planted more than 150 native trees to the grassland area and filled in gaps in the hedgerow.

The land above one of our underground water storage tanks is well known for its orchids and valuable chalk grassland, but shade from nearby trees had stunted their grown and allowed less desirable species to grow. We cleared a number of trees from the eastern side to allow the light to reach the grassland species. Botanical surveys in 2019 recorded an increase in of plant species while butterfly numbers and species have increased.

Adjacent to our third pilot project site at Friston Water Treatment Works, we restored the chalk grassland covering a water storage reservoir and worked with the Forestry Commission and UK Power Networks to widen the wayleave and create open glades to allow more light to penetrate. On a single visit in July 2017, 17 species of butterfly were recorded – almost 50% of butterfly species regularly recorded in Sussex. This included four rare species: dingy skipper, small heath, wall and white admiral. Slow-worm, grass snake and a single female adder recorded at the site made it a Key Reptile Site and bat surveys at two nearby tunnels indicated that myotis and long-eared bats were present.

We worked with forestry contractors to restore the original woodland to allow more light to penetrate, with heavy horses used to extract the felled timber and protect the environment before native trees such as oak, beech, yew and field maple were planted to help restore the original features of the ancient woodland.

Surveys in 2019 identified a notable increase in plant species numbers in the felled areas while butterfly surveys in the same year showed that butterfly species had increased from five to 13, and total number increased from just 20 to 143.

A total of nine species of bat were found using the site, including rare species such as barbastelle, bechstein’s, noctule and soprano pipistrelle and the first ever record of an alcathoe bat in Hampshire.

To read more about our past biodiversity projects and future plans, download our leaflet below.