Bowled over by next generation of crickets 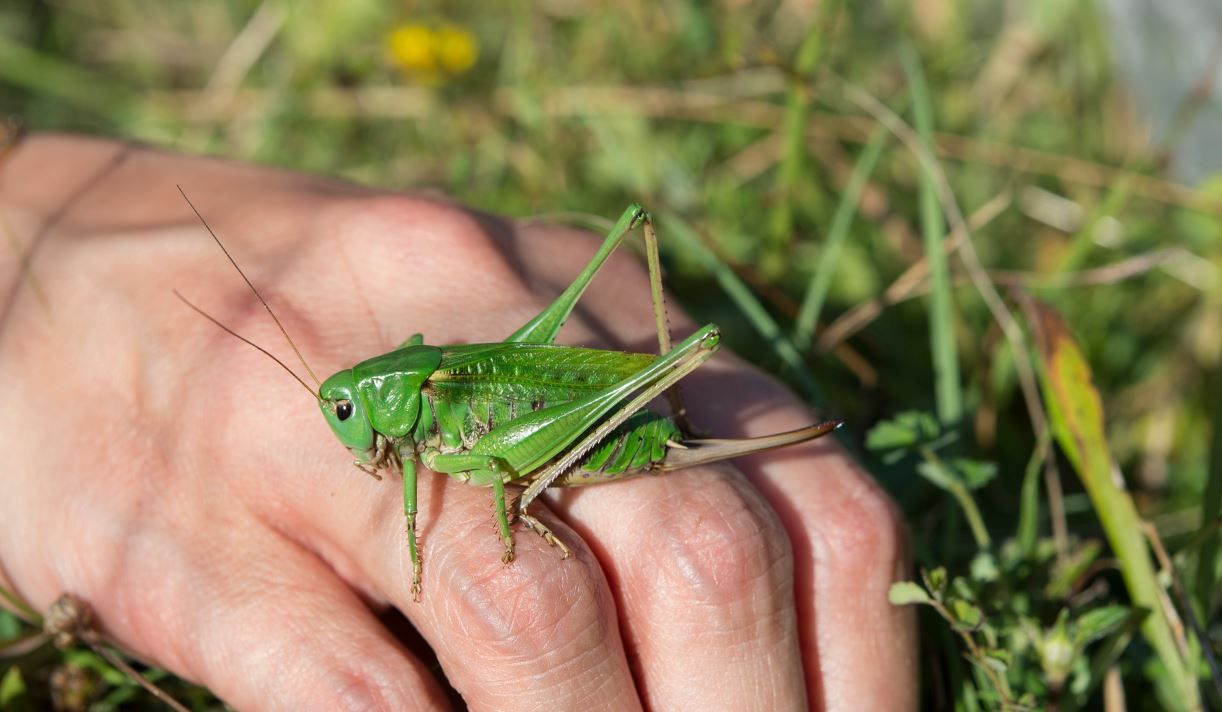 Four years of hard work has paid off for one of Britain’s most endangered insects, as the wart-biter cricket makes a successful return to a site in Sussex.

It has taken more than 20 years to create a home for the crickets around the company’s Deep Dean Water Treatment Works in East Sussex, as the fussy creatures need a particular kind of habitat which includes bare ground, short turf and taller clumps of grass.

The wart-biter cricket is endangered in the UK and the threat they could die out remains, but thanks to the team’s hard work and perseverance the cricket now has a brighter future breeding on the South Downs.

South East Water’s Biodiveristy Lead, Richard Dyer said: “We have worked in partnership with other organisations and individuals over a long period of time to make this a success and we are all very pleased to be playing a part in saving the cricket.

“The reintroduction programme was recently nominated for an accolade at the annual Chartered Institute of Ecology and Environmental Awards and we were delighted to be highly commended for our hard work.

“This year the plan is to continue with the programme, providing it’s another good year for wart-biters at the donor site in Castle Hill National Nature Reserve on the South Downs.”

Natural England’s Senior Invertebrate Specialist Jon Curson added: “The wart-biter is one of our most threatened insects and Natural England has been working hard to aid its recovery.

“We are proud to have worked with South East Water, Buglife, the Zoological Society of London and the South Downs National Park Authority on this project and we are particularly pleased that South East Water have managed to turn chalk grassland at Deep Dean into a perfect habitat for the crickets, allowing us to establish a population here.”

The cricket ‘sings’ – or stridulates - by rubbing its wings together

Although they have wings, wart-biters normally move about by walking. They rarely fly as they are too heavy and their wings are not large enough

Adults lay single eggs in bare soil close to clumps of grass. These remain dormant for at least two years before hatching in mid-spring

They reach adulthood in July but most adults survive only until September.